都内上野の着物/浴衣 藤木屋 > English
KIMONO & YUKATA SHOP
"FUJIKIYA"
Mikisuke Fujikiya had wanted to wear a kimono for the tea ceremony. So, he went to buy a used kimono, but he found that they were all too short for him. Then he went to a big department store’s kimono shop to look for one. He was shocked when he found that it was far out of his price range. There was nothing but the cheap used one which was not fit and the new one which was far too expensive. He had conceived the idea of using his knowhow with suits and apparel industry to produce affordable kimono for men. And he tried to make reasonably priced kimono shop for men although he does not have any contact with the usual routes of doing kimono business. Then Mikisuke Fujikiya started up FUJIKI-YA at the beginning of 2012. 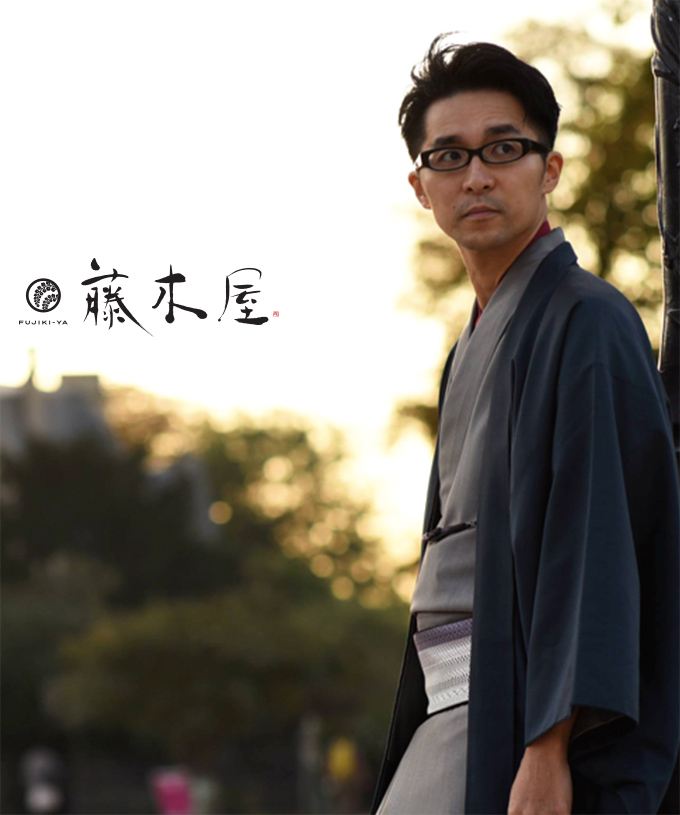